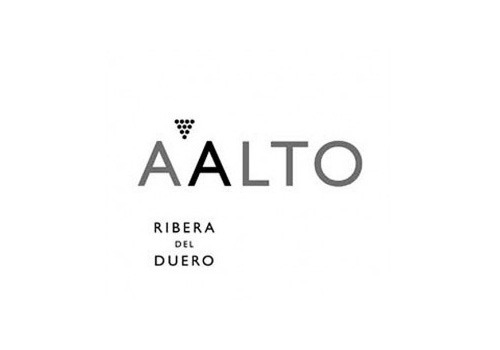 The AALTO project was founded in February 1999, in the prestigious winemaking region of Ribera del Duero (Spain). The foundational aim of Mariano Garcia and Javier Zaccagnini in AALTO was to make a wine that shows a different personality, of high quality and being a faithful reflection of distinct locations, blending them at the end of the aging process to obtain balance and complexity.

A few years later, in 2006, Masaveu and Nozaleda families joined AALTO, both owners of wineries in other wine regions of Spain, providing experience and stability to the project, which meant the consolidation of the winery to this day.

From its beginnings in 1999 until the harvest of 2004, the production of our wines took place in rented facilities in Roa (Burgos, Spain). While the project was being established, the founders began looking for a new place to locate their own new winery. A beautiful plot of 15 hectares belonging to the municipality of Quitanilla de Arriba (Valladolid) was chosen.

The first phase of the new winery was completed in 2005, being that year the first harvest that was produced in these facilities. The modern design chosen for this new winery was carried out only with the very highest quality criteria. The architecture of the winery is perfectly integrated into the environment, in a typical Ribera del Duero plateau, with a lineal and harmonic design without ostentation, and minimalistic details, elegant and comfortable. The second phase of the winery corresponding to the more social part of the winery was completed in 2016.

Mariano García began his work as a winemaker in the mid 1960's.

He studied at the Madrid School of Winemaking and Viticulture and made his first vintage at Vega Sicilia in 1968. In that year, he began to work as the main winemaker of this winery.

García started the Alion winery in 1991 and continued to work at Vega Sicilia as technical director until 1998. In the 1970's, he completed his oenological education by attending various courses and seminars. From 1980 he traveled regularly, visiting numerous wine regions around the world. He has been adviser to the Mauro Group since its creation in 1980, and in 1998, he became director and winemaker of the company.

In 1994 he began experimenting with grapes from the Toro region, an area he knew well and had previously predicted a great future for.

In 1996 he bought some vines in Toro and some land on which to build a new winery (Maurodos).

Since 1999, Garcia has been the investor and technical director at AALTO, an ambitious wine project located in the heart of Ribera del Duero, where he works with Javier Zaccagnini, who was the head of the Regulatory Control Board for six years.

As a winemaker, Mariano rigorously controls the yields, respecting the grapes, and preserving the characteristics of the terroir and the variety by extracting fruit and mature tannins during the vinification, with the philosophy of obtaining full bodied wines with longevity that are, at the same time, fine, elegant and complex.

SIGN UP TO LEARN ABOUT RIBERA Y RUEDA NEWS, DEALS, AND MORE.