Bodegas Abadía la Arroyada was founded by Vicente Muñoz Muñoz in Terradillos de Esgueva. He comes from a family with a long viticulture tradition. As a matter of fact his grandfather, Vicente Muñoz Vivar, devoted himself to elaborate large quantities of wine. In addition, he sold this wine to the local inhabitants.It is worth saying that some of those vineyards planted by that Vicente Muñoz are still producing grapes for Abadía la Arroyada’s best wines.

Our commitment to quality in the winery begins when the grapes are received, since, when they arrive at the winery in the boxes, they are neither pumped, nor compressed, nor sampled, they go directly to a selection belt to eliminate possible clusters that do not respond to the expected quality, as well as leaves. From this point it goes to the destemmer (machine that removes the stem from the bunch), and from there to the tank where it will ferment.

All processes are extremely careful and monitored. The fermentation temperature of the tanks is controlled by the cold equipment through thermometric probes that control the circulation of cold water through the tanks.
The number of pumping overs with or without aeration is decided at the end of the harvest day according to the evolution of the fermentation and maceration of the wine. In addition, the pressing of the pomace is practically a drain, since very little pressure is applied to the pomace by means of the vertical press.
The rest of the processes are also careful, above all with the characteristics that the wine acquires from the fruits that our land, the RIBERA DEL DUERO, offers.

Finally, the aging of the wines is carried out in French, American and Hungarian oak barrels in our underground cellar, specially designed so that the oscillations of humidity and temperature are minimal, and that the air renewal is sufficient but not excessive. So that only the wood, time and the illusion of a family act on the wine. 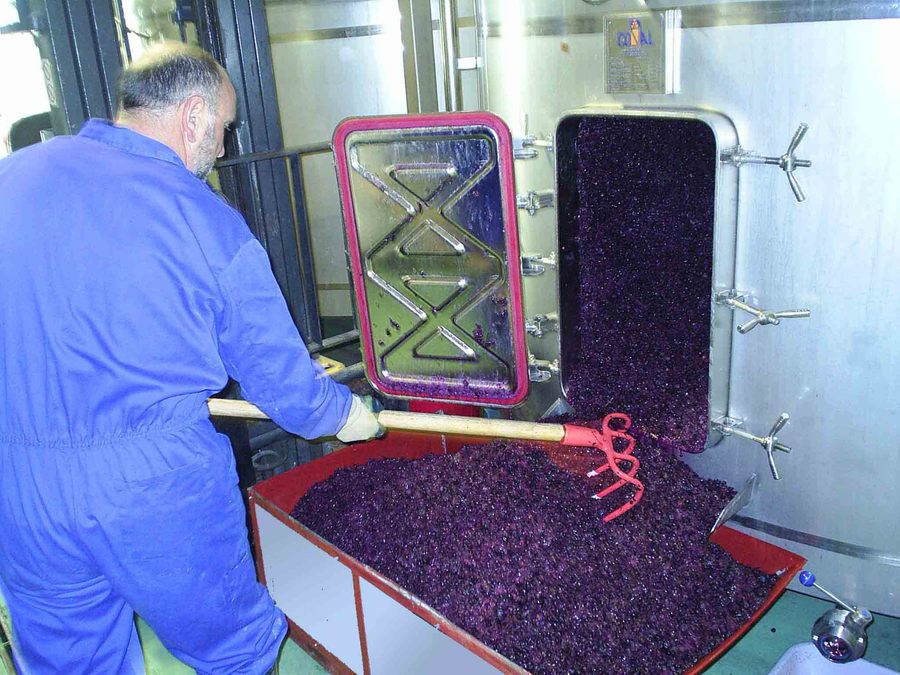 Name:
Abadia La Arroyada
Bio:
What is quite certain is that we look after and watch over every process. According to this the vats’ fermentation temperature is controlled by the fridge equipment with thermometric sounders which control cold water circulation through the vats. Another important process is how many times we pump over with or without ventilation, that depends on fermentation evolution and wine maceration and is decided at the end of each harvest day. It would hardly be an exaggeration to say that this processes as well as the rest have influence on the Ribera del Duero’s high quality wines.
Awards:
N/A
Our Wines
LEARN MORE
Abadia la Arroyada Tinto Joven
LEARN MORE
Abadia la Arroyada in Oak Barrel
LEARN MORE
Abadia la Arroyada
Importers

SIGN UP TO LEARN ABOUT RIBERA Y RUEDA NEWS, DEALS, AND MORE.